History of Echoes of Erin

World Champions in Figure and 4 Hand ! Well Done Everyone! 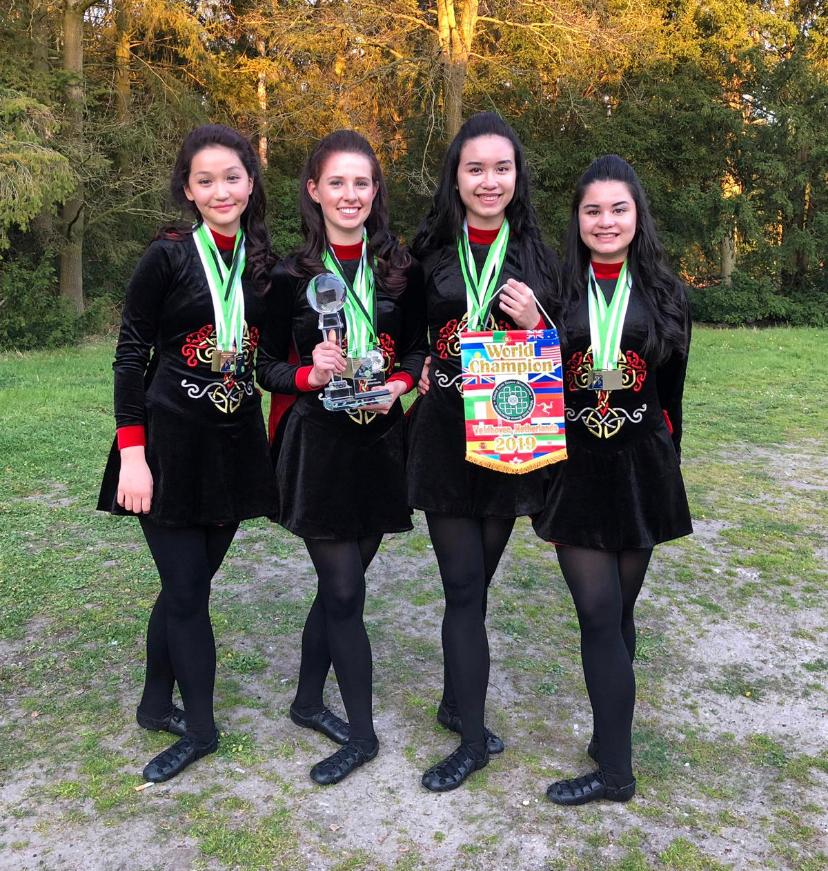 Catriona Newcombe ADCRG originally comes from Ballycastle and started dancing with the Marlene Dunlop school of Irish dancing at the tender age of 3yrs old and won her first Championship at 9yrs old. She went on to win the European Championships and was runner up in the World Irish Dancing championships.

She is a fully qualified Irish Dancing teacher who has trained World and Europeans Champions, an Adjudicator; ADCRG, holds a BA/BSc Degree in Dance & Arts of Healing and learning , a BTEC in Performing Arts, a LAMDA Teaching Certificate in Communication, (LTCC) and a Gold Medal in Acting from LAMDA.

In 2013 Catriona Newcombe founded the ‘Celtic Bauhinia’ Irish Dancing Troupe, the first and only dance troupe dedicated to Irish dancing in Hong Kong and Asia. The troupe, comprising locally-based Irish dancers of European and world ranking, won second place in the World Irish Dance Drama competition at the World Irish Dancing Championships in 2014 and 2015 respectively.
Her true passion is chorography. She was co choreographer in the City Chamber Orchestra of Hong Kong’s production of the ‘Bug Symphony’ starring Scotty and Lulu, produced by Leanne Nicholls and directed by Keith Hawley who has worked alongside stars such as Kylie Minogue, Diana Ross and Peter Allan.

‘I have always known that I would teach and it is great to have the opportunity to travel the world and pass all my experiences and knowledge on to so many. Even better still is to have taught such a diverse multi-cultural mix of children and adults and to watch them become so absorbed in the fantastic art of Irish Dancing, especially here in Asia’ – Catriona Newcombe